Brave. So much meaning in one little word.

Webster’s dictionary defines brave as “feeling or showing no fear : not afraid”.

There are days I’m sure my picture is right there alongside that definition in the dictionary. Other days, not so much.

This morning was one of the latter days. I was out for an early morning run. The sun was just peaking over the horizon. The air was chilly but not uncomfortable. My dogs were all romping in the crispness of the morning. Everything was right with the world!

Well, not everything. I was praying for those held in bondage by human trafficking. Praying for their freedom and deliverance. Asking God to help make His presence very real to them and help them hold on for freedom.

Then the Holy Spirit took over and I was praying for deliverance for their captors and abusers. Those guilty of capitalizing on other people’s mistreatment. People hurting innocence.

Why would I want to pray for these people? I didn’t want to. Ok, I will admit I wanted to pray for them but to get what they have coming to them. Punished for their unthinkable acts towards fellow human beings.

I just about stopped running honestly. I was confused and a little repulsed at the thought of praying for deliverance when my frail, little human heart just wanted to take revenge on them.

“Dear friends, never take revenge. Leave that to the righteous anger of God. For the Scriptures say, “I will take revenge; I will pay them back,” says the Lord.” Romans 12:19 (NLT)

God is still on the throne. He is in control of justice. It’s NOT my job. I have to be brave enough to trust Him with the justice of these people as well. 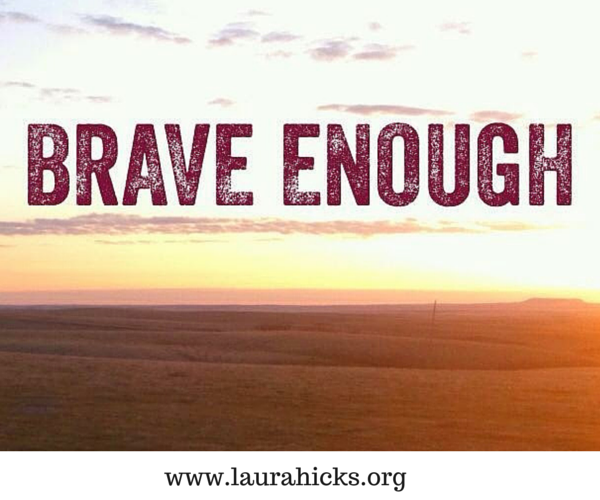 I don’t believe that means that they shouldn’t have to answer for their crimes in our judicial system. Not at all. It does mean that I will ask for the Lord’s help to be brave enough to pray that these perpetrators will be delivered from the hold evil has on them.

“You have heard that the law of Moses says, 'Love your neighbor' and hate your enemy. But I say, love your enemies! Pray for those who persecute you! In that way, you will be acting as true children of your Father in heaven. For he gives his sunlight to both the evil and the good, and he sends rain on the just and on the unjust, too. If you love only those who love you, what good is that? Even corrupt tax collectors do that much. Matthew 5:43-47 (NLT)